Programs such as PandaVPN are developed to optimize internet user security and privacy. PandaVPN may be a newly developed program but it offers many benefits for users that are conscious about the confidentiality of their online activities.

So if you’re looking for a VPN tool that’s user-friendly and capable of showing censorships content the PandaVPN program can assist you. Take a look at this short product review to see what PandaVPN can do for you.

Panda is a Spanish multinational company that specializes in the development of cybersecurity. The Panda brand was founded in 1990 with the intention of providing premium antivirus and malware protection software for computers.

Since Panda’s inception, the company has advanced into other cybersecurity platforms such as developing a secure and reliable VPN program. As mentioned before Panda’s VPN service is still new so the program needs a lot of work in order to contend with other premium VPN developers.

But PandaVPN does offer a reliable VPN network that has worldwide coverage and torrent friendliness.

It’s important that your VPN program provides top-notch security so it’s advised that before you sign up with your VPN service provider you should read the security and privacy policies carefully.

This is to ensure you’re getting the best cyber protection. Here is what the PandaVPN can offer you in terms of security and privacy.

Every website on the internet has two addresses namely the domain name and an IP (Internet Protocol) address. A DNS (Domain Name System) server captures a domain name and IP address of each website that’s developed & saves the information.

When you type in a domain name, for example, Facebook.com, the DNS server will automatically direct you to the site’s IP address.

Because PandaVPN is a new VPN program they don’t have their own DNS server so it still has the potential to reveal your true IP address location.

Encryption transforms readable data into an indecipherable code over the internet. An encryption key is used so that your internet activity can be unreadable which protects your data from malware attacks and leaks.

VPN programs use two types of AES (Advanced Encryption Standard) keys namely AES-128 and AES-256. The encryption key AES-256 is known to be the most secure out of the two AES keys.

PandaVPN uses the AES-256 encryption key because it’s impossible to decipher the code so it’s guaranteed to prevent unauthorized access to your information.

A kill switch is used to shut down your internet connection should your VPN stop working. This is to ensure that your online activity isn’t leaked at any time when the VPN is down.

Unfortunately, PandaVPN doesn’t feature a kill switch which I found to be disappointing as this has the potential to leak my IP address location if the program stops working. But PandaVPN didn’t show any signs of shutting down or breaking while I was connected.

When you sign up with PandaVPN you’re able to view the program’s concise login policy. It’s important to read this section thoroughly as it will give you a breakdown of what information is viewed and stored.

I went through PandaVPN’s login policy and it clearly states that no information such as your IP address or browsing history will be stored onto the program’s database.

As mentioned before Panda is a Spanish based company which means the brand is part of the European Union (EU). As of late, the EU has been moving towards a data retention plan which they believe will solve crimes.

However, PandaVPN has a strict no-log policy so your online data won’t be stored. This means your online activity isn’t recorded so it can’t be shared with third parties.

PandaVPN uses Catapult Hydra as their protocol which means your connection to the server will be faster even when you’re traveling long distances.

I tested PandaVPN’s speed and the program runs at 101.1Mbps making it the second fastest connection to Hotspot Shield VPN with a speed of 112.0Mbps.

PandaVPN can be used on Windows, Android and Mac applications. The service provider is in the process of developing an app for iOS smartphones.

How Many Devices Can PandaVPN Connect To?

You can connect up to five compatible devices to the PandaVPN program. So you can connect your phone, laptop, PC and your smart TV to your VPN simultaneously.

PandaVPN supports live streaming for music, movies and TV series as well as torrent downloads no matter where you are in the world. The PandaVPN gives you the ability to get access to any streaming sites so you can have unlimited access to entertainment and downloads.

Currently, PandaVPN allows you to stream from the following sites:

What I like about the PandaVPN is that it allows you to get around censorship sensitive regions such as China, Iraq and Turkey. So if you’re traveling to any country that has restricted internet access you can use PandaVPN to get around the censored web pages.

The Panda brand offers you a complete VPN service for lower prices. It’s also a reputable company that has been developing cybersecurity programs for almost 30 years.

PandaVPN guarantees the protection and safety of your online activity at all times & it allows you to use the program anywhere in the world. So if you want a fast and reliable VPN service use PandaVPN to ensure you’re getting the best out of cybersecurity and confidentiality. 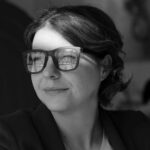 This journalist has worked for leading online magazines for the past 12 years in the roles of writer, editor and marketer.